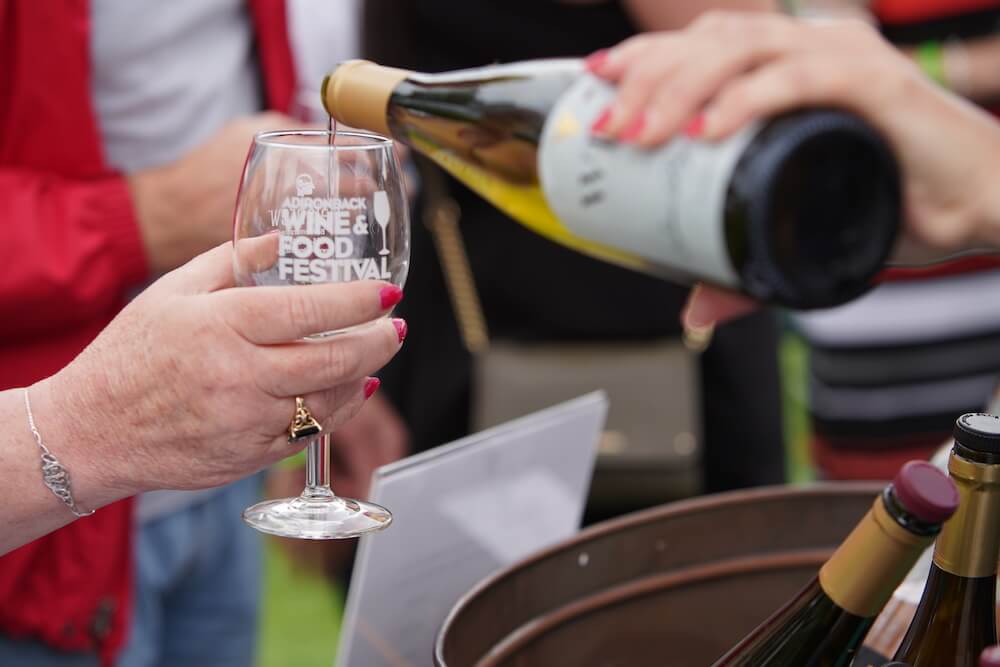 When you think of winemaking in the United States, your first thought might be California, but did you know that New York State is one of the best winemaking states in the country and even on its way to being one of the best in the world?

Read on to see why New York wine is so special and to learn about some of the wineries you could experience at this year’s Adirondack Wine & Food Festival, June 25th & 26th in Lake George.

Many people view New York as a new winemaking region, but it’s actually home to the oldest winery in the country. Brotherhood Winery in the Hudson River Region was established in 1839, with several other wineries emerging in the Finger Lakes region in the 1860s and 1880s.

New York has a rich history of winemakers that have helped the industry grow to the successful level it is at today. Winemakers in New York have come from all over the world, and they’re not afraid to experiment. As a result, there’s a variety of grapes grown in New York that you won’t find anywhere else. For example, New York is the only region that has the Lemberger grape or the Cayuga White grape.

There is often a misconception that all wine in New York comes from the famous Finger Lakes Region. However, the state actually has 11 “American Viticultural Areas” that span across the world’s “wine belt.” The most well-known regions being the Finger Lakes, Long Island, and Hudson River Region.

Each region has its own distinctive climate and soil. The varying climates mean that New York can produce many different wine types. At the Adirondack Wine & Food Festival, you can enjoy wine from all over the state, including Coyote Moon Vineyards from the Thousand Islands, Inspire Moore Winery in the Finger Lakes, Ferreira-Carpenter Estates in the Hudson River Region, and many more. Click here to see our full list of wineries at this year’s festival, which will be updated as the festival gets closer!

Every winery in New York has a unique story. Some have been passed down through families for generations, and some have been breaking barriers in the 21st century. Look at the festival’s presenting sponsor, Adirondack Winery. Started in 2008 as one of the first micro-wineries in the country, Adirondack Winery tells its stories through its labels. Stunning images of the Adirondacks printed on unique colorful labels take people back to the picturesque region no matter where in the world they’re drinking the wine.

If you want to experience the amazing world of New York Wine, you can do just that at the Adirondack Wine & Food Fest this June. Over 120 New York state vendors will be in attendance, including wineries, breweries, cideries, distilleries, artisan food vendors and more! Visit adkwinefest.com to learn more and get tickets to this amazing wine & food event that kicks off the summer.