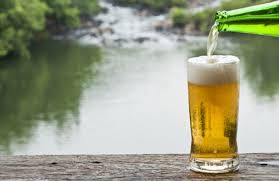 The Vernal Equinox has passed, the snow is melted, and the trees have donned their buds.  You know what that means, don’t you?  Spring beers are on the way!  I got to talk with some area brewers, who were kind enough to give me a glimpse of what they were plotting for the coming months.

In Schroon Lake, Paradox has some interesting things in store.  They are planning at least one sour, and they are playing with barrel-aging some brews.  There are also some experiments with wild yeasts coming up.  Bottled releases will continue to be the medium for many of their works of alchemic art, focusing on the darker side of beers.  Though their dark brews are phenomenal, the Rye Helles that is on tap now is a shining star all its own.  It’s a bright, flavorful beer that only departs from its German cousins in the addition of spicy rye notes.  No matter where your starting point is, Paradox makes the scenic drive (or spring bike ride) to Schroon Lake even better.

The Argyle Brewing Company will have its Maple Porter ready soon.  This will be a one-of-a-kind dark beer made with a special kind of tap water; maple tap water.  The only water used in this porter is sap from maple trees.  It’s carbonating now, and will be ready any minute.  Some of the Maple Porter has been stashed in Rye Barrels for a treat later this season.  Speaking of barrels, there’s some Oatmeal Stout destined for a nap in bourbon barrels with some sour cherries from Hicks Orchard.

Coopers Cave Ale Company has been tight-lipped about what they’ve got in store, other than their usual Maibock, which is the second-best reason for me to stop my bike there.  Their ice cream is, of course, number one!

Down in Saratoga, Druthers has concocted a Gose (“Go-zuh”), a German sour beer with salt.  I know, you think this sounds weird, but the sweetness from the generous light malt makes this a well-balanced and easily drinkable beer.  If you’ve had a Gose before and thought it tasted like pickles or too acidic, fear not; Druthers is thus far the only brewery in the USA I’ve tasted that gets the flavors right.

Up in Lake Placid, the Lake Placid Pub and Brewery are stepping into territory that we haven’t seen much of here in the Adirondacks: Rauchbier.  “Rauchbier” (“Rowkh-beer”) is German for smoked beer, and is made with smoked grains.  Drinking a smoked beer is a strange experience for many casual beer drinkers, but it’s a must for aficionados and the more adventurous types.  They’ll have a traditional smoked Bock called Rauch the Cas-Bock (nice reference to the Clash, guys). They’re also mixing styles to create the monstrous new Imperial Smoked Porter, which will no doubt be chased by villagers with pitchforks for being so big and bold, with 9% ABV.  (Don’t worry, folks, they’ll have the wildly-popular German-style Maibock available May 1st, as well.)

Keep your eyes peeled for the new Big Slide Brewery and Public House in Lake Placid later this spring, which is sure to quickly make a name for itself.  My taste buds are quivering with anticipation.

Overall, this beer-lover is glad to see that the exclusive focus on English-inspired brews, especially the IPA, coming to an end.  There seems to be more of a focus on German styles and darker beers for the spring.  European craftsmanship is meeting Yankee ingenuity and creativity to produce some of the most remarkable beers in history right here on the Adirondack Craft Beverage Trail.  I’ll drink to that!