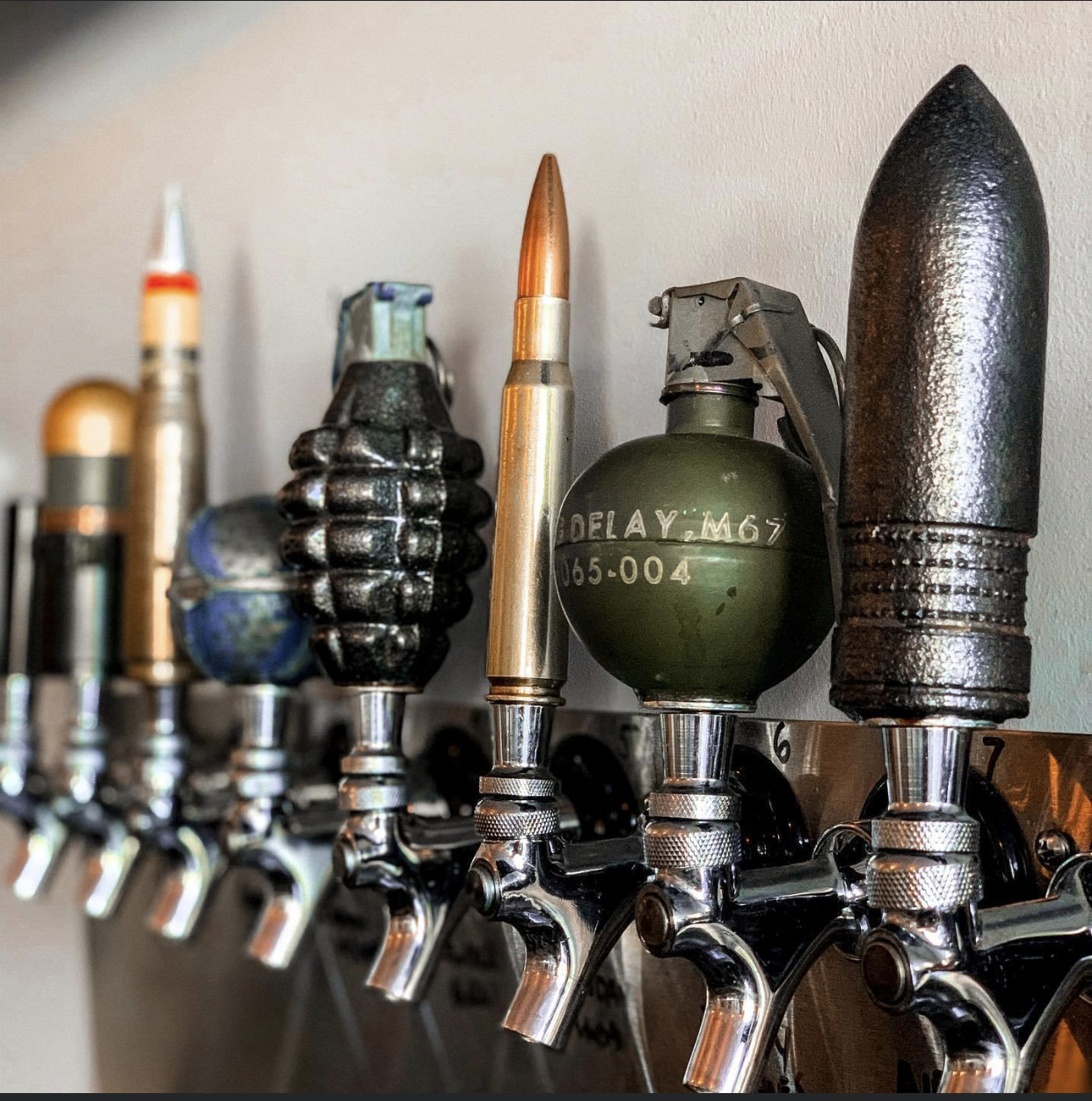 We were thrilled to join Slickfin Brewing Co. Founder Kris March on The Capital Brew Podcast for their first episode featuring one of our Trail members! 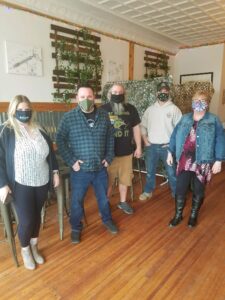 Amanda, Nick, Dave, Kris and Kim pose for a photo after the Capital Brew Podcast at Slickfin in Fort Edward.

They’ve always got something new and fresh on tap as they brew by the barrel. Lately they’ve had some delicious sours and hard seltzers in addition to a number of other brews, which you can learn more about on the podcast.

(Side note, they also have some delicious, refreshing slushies!)

Kris retired from the Marine Corps as an EOD (Explosive Ordnance Disposal) Technician in 2016, so you’ll notice the military theme at Slickfin including a unique set of tap handles and camo dividers between the tables in light of the COVID-19 pandemic. 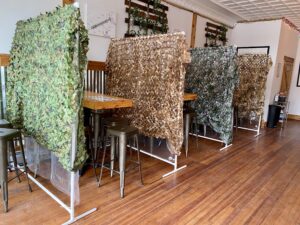 It was great to spend some time talking craft beer with Nick and Dave! We even broke a little news about a digital Adirondack Craft Beverage Trail passport complete with prizes coming this May 2021! We’ll be ready to announce more details on that by the end of the month.

We hope to welcome Nick and Dave back for many more flights along the Adirondack Craft Beverage Trail!

If you like to pair your craft beer with history, Fort Edward is a great spot! It was once the largest British-built military fortification in North America during the French & Indian War.

Rogers Island Visitor Center at 11 Rogers Island Drive, is open May through October and includes historical displays and artifacts about the area’s Native American inhabitants and military history through the Revolutionary War.

You can also visit The Old Fort House Museum, which is open June to mid-October.

Patrick Smyth constructed the Old Fort House in 1772 with timbers taken from the ruins of Fort Edward, the fortification from the French and Indian War.  During the Revolutionary period the house operated as a tavern, serving future presidents George Washington and James Monroe.

Plus, The Old Fort House was once the residence of Solomon Northup, who wrote “12 Years A Slave,” a heartbreaking memoir that was made into a movie in 2013.

Northup married in 1828 and lived at The Old Fort House during the first years of his marriage when the Old Fort House was a boarding house. Northup was a free black man when he was kidnapped by two conmen in Washington D.C. and sold into slavery in 1841.